Posted 11 months ago by Evan Pacey

Into the end of last week we had mild temperatures and some good skiing, soft and supportive on any natural snow runs and still some fresh turns hiding out in Taynton and the Zone. A few high traffic choke points were starting to wear a little thin, but coverage overall had stayed pretty good. And then Friday happened! We’d been waiting a while for our next snow event, and this one wasn’t about to disappoint!

The Countess of Accumulation started the tally with 3cm at 6AM and by the next measure mid-morning it was up to 10cm as big flakes came down heavily. By lift close time we’d had another 14cm, and a heck of a good day’s skiing too! It was one of those days where tracks were filling in and the whole mountain felt like a snowglobe that had been shaken up. 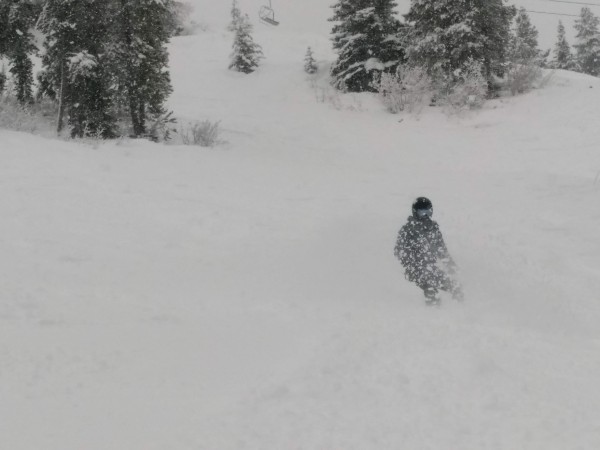 It turned out that with strong blowing winds overnight, we’d accumulated another 17cm up top by the next mornings measure, so these combined with very mild temperatures meant we started Saturday with lots of terrain on hold while avalanche assessments and controls were carried out. We are lucky that our terrain is grouped in regions, and there are plans in place to open it progressively. During the morning, summit frontside runs were popular for short, deep laps and Sun Bowl was the first up go to for many powder seekers. This was tempered by the conditions for the lower mountain where an overnight freeze of moist, packed snow had made things pretty firm on groom and a thick, crunchy layer off piste, so heading higher was the easy call for anyone sufficiently skilled. After some clearing out above Founders, this was the first of the delayed terrain to accept traffic, while we moved onto opening first the Extreme Dream Zone, then Stumbock’s, and eventually Sidewinder and Heli High after lunch. Talk of thigh to hip deep turns in powder pockets got me hankering for a piece and a Heli High lap delivered with powdered bumps exploding into face shots! 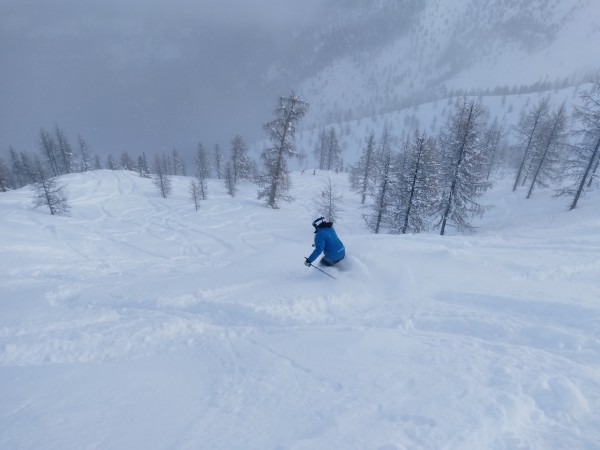 Over 40cm all told in the storm, and although it had ceased to fall, we had another powder day in the offing on Sunday, as the Taynton runs accessed via Outback Ridge had not managed to open the previous day. I was lucky enough to be there when the rope dropped, and we had perfect, trackless turns through Kinbasket, then off the back of Devils, and lastly B1st. With wind loading taking some spots to well over half a metre, it was truly worthy of being labelled ‘epic’! I mentioned of being able to clearly define tracks on Monster from the summit hut, showing how deep it was!

Sunday marked the passing of an arctic front, and temperatures have lowered considerably into this week, reminding us that winter ain’t over by a long shot! The lower mountain has been a strong focus of attention for the grooming crew, who have been working at renewing the firm slopes each night, laying down a decent groom for the early risers. With a touch of snow for Wednesday morning, there was a marked improvement on Mile One runs for the AM before getting a little skied off, and the less trafficked Sunbird skied well all day long. The benefit of the cold is seen on the upper mountain, where snow condition remains great, and untracked turns are likely to be found all through to the coming weekend. Be it Taynton, the Zone or the main frontside mountain, there are lots of good turns to be had. Then we look to the forecast models and see a chance of snow on Friday once more – book in the weekend again… 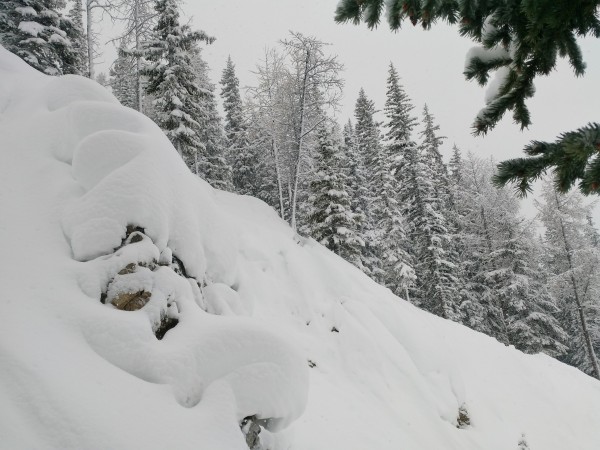