The Monster Tow is all the go!

In a week that encompassed the Alberta Family Day weekend, there was plenty occurring in snow related news.

Firstly, I should chat about the new Monster Tow. Looks like you guys voted with your feet (or rather by keeping your planks on them!) as a snowcat pull up to the plateau was very popular! It's so great to see many of you heading out to the great beyond and finding out just how much more terrain 128 acres is! We plan to run every Saturday and Sunday until the end of the season, assuming the terrain remains open. A fiver a pop to save the legs? Worth every penny! The resulting elation on a powder day? Priceless!

Speaking of powder days, we had a few more into and over the last weekend, with some cooler temperatures bringing in 10cm of super fine, light, dry powder for Saturday/Sunday. A change in wind direction meant we saw some loading into different aspects, and the hunt was on to hit the stashes that often play double the depth. Sunday early birds found great lower mountain powder and few tracks even late afternoon in Whiteroom (not the first time I've noticed that this season). Even as late as Wednesday, it was still easy to make out distinct tracks over on the Monster and beyond from View of 1000 Peaks (the eye site is still sharp!), indicating there are powder turns to be had out there yet. 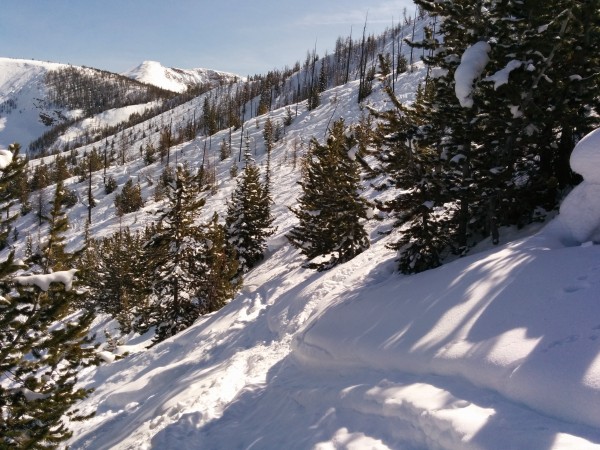 Next, to grooming, where I think the Slopes Manager was intent on breaking records (and he did too!). With increased traffic expected for one of our busiest weekends of the season, the idea was to give plenty of options to those that like their slopes well plated and garnished with corduroy. The grooming team went into overdrive, stacking the roster, then co-ordinating their moves to divide and conquer the mountain! Over the course of the weekend, they hit up all the regulars, all of the Founders runs, pretty much all of the Sun Bowl runs, extras by the Sunbird chair, Stumbocks, View, Downhill, and Schober's top to bottom - most of them multiple times over the three days! Additionally, they took passes over all the cat tracks, flattened out the Landing Strip and took the bumps out of the lower section of Funnel and the natural half pipe that collects all of the far Taynton drainage - phew! Colder conditions helped to give better grip than an arm wrestlers handshake, especially in the AM, and with good groomed access to all but the double black terrain, the traffic spread out and the mountain really didn't feel all that crowded. 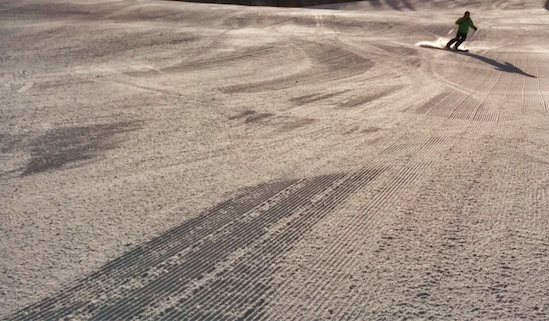 With so many prairie folk crossing the Rockies to come visit recently, I think they may have dragged a bit of arctic air with them. It's been a cold start to the week with a few clear days providing those marvellous mountain vistas we sometimes take for granted 'round here. The lower mountain has warmed into the low teens each afternoon, and the general trend is for gradual warming into next weekend. We have forecast models for a sunny Saturday, with the chance of a bit of snow Saturday night into Sunday, so the best of both worlds for February's final weekend.