One door closes, another one opens...

Posted 9 months ago by Evan Pacey

The unsettled nature of spring weather has paid us dividends over the last week, despite the inevitable spring melt. Warmer temperatures saw some temporary closures of terrain requiring the Taynton Trail ski out, as ongoing assessments deemed it prudent. However, as I’ll discuss later, the back bowl itself is outperforming March conditions, and providing a chance to finish your season in style! 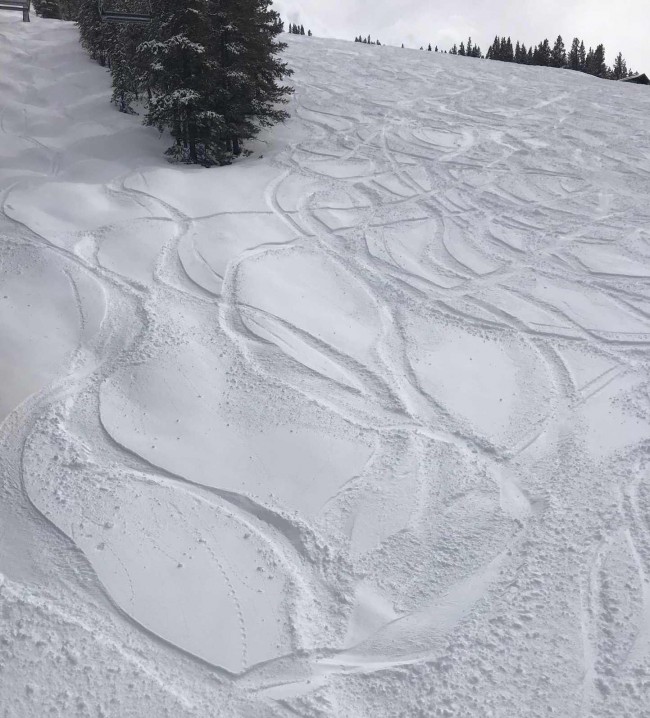 With the warmer temperatures came a little precipitation into and during last weekend, and as is normal for this time of year, it fell in varied fashions over our vast vertical elevation range. Coupled with high freezing levels and a rollercoaster of above and below zero temperatures day to night, it’s been some dynamic conditions for lower and mid mountain riding of late! The rule of thumb has been a rapidly softening lower mountain that is good to go within the first hour most mornings, becoming slushy after lunch. That is the cue to ride the softening line, as it moves up and turns firm AM Champagne runs into delightful hero snow for some afternoon schmearing. As I’ve said many a time in spring – if you don’t like a run right now, come back in an hour and it’ll have changed!

Sunday saw the beginning of a trend to slight lowering of overnight temperatures, which meant favourable conditions to open Taynton, and on that note, some extremely favourable conditions within! Softened, settled snow was skiing as 10cm of winter consistency powder in areas on Sunday and Monday, with 3-5cm on untracked lines by the ‘highway’ of C’Spine – too good and too easy! Frontside runs also rode really nicely in this period, with View, Stumbock’s and Schober’s all getting semi regular grooms and running nice packed, yet soft snow from mid morning and throughout the day. 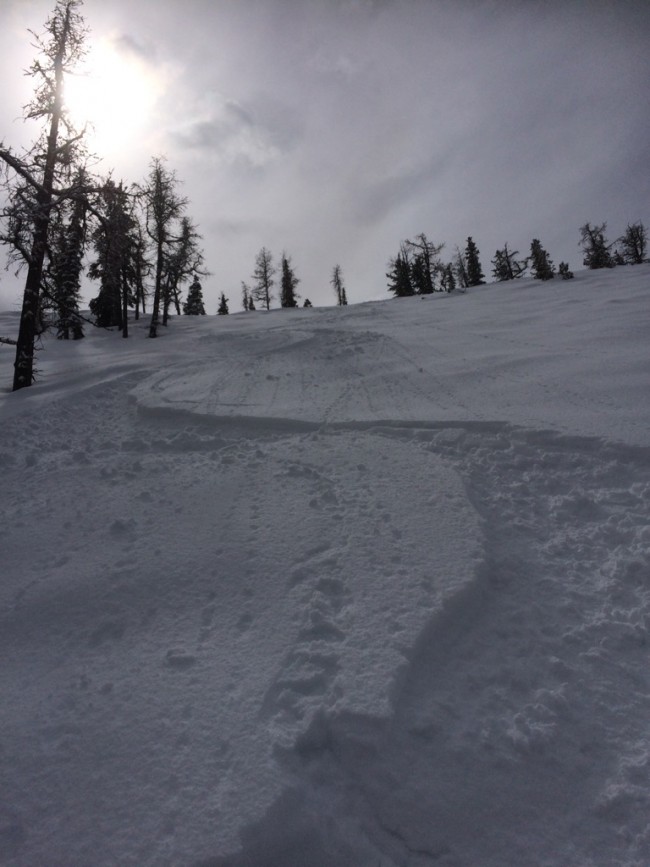 Tuesday marked the last day for Founders Ridge runs and the majority of Sun Bowl runs too, but then, that was April 9th! These natural snow areas have performed really well throughout the season in general, and kudos must be laid on the grooming crew for good management to keep them running this long. As I spoke of in early season, natural snow is great, but it doesn’t stand the test of time so well as the hardier base of manmade product. Nice to have the best of both worlds on our mountain! 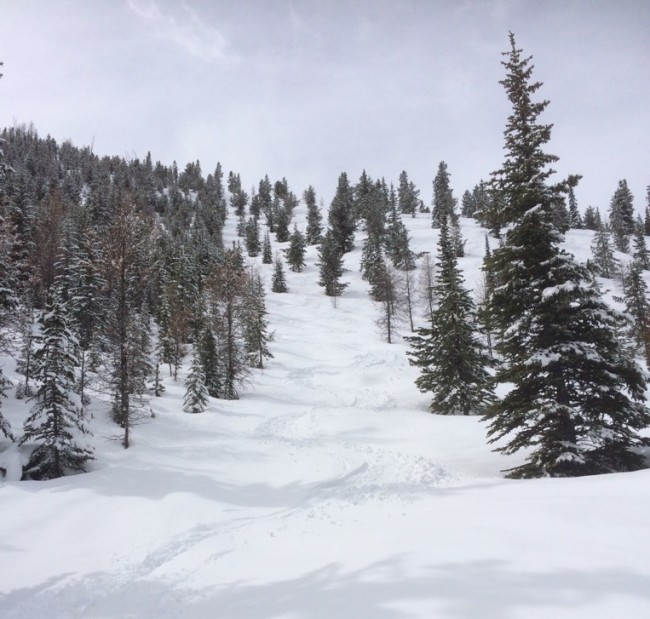 Tuesday night and Wednesday gave some proper snowfall, much of which can be seen in the photos this week. Over 20cm at summit – as we closed the door on Founders and Sun Bowl, it’s reopened with great conditions for Taynton and The Zone! Singular tracks, knee deep pockets and face shots were a pretty sweet mid week bounty, and with forecast models showing more of this Pacific moisture crossing the province, there could well be more to come, into and/or over the weekend! Temperature profiles look pretty consistent through until mid next week, so similar spring mix on precipitation will be dictated by time of day and elevation, readily changing with a few degrees either way. 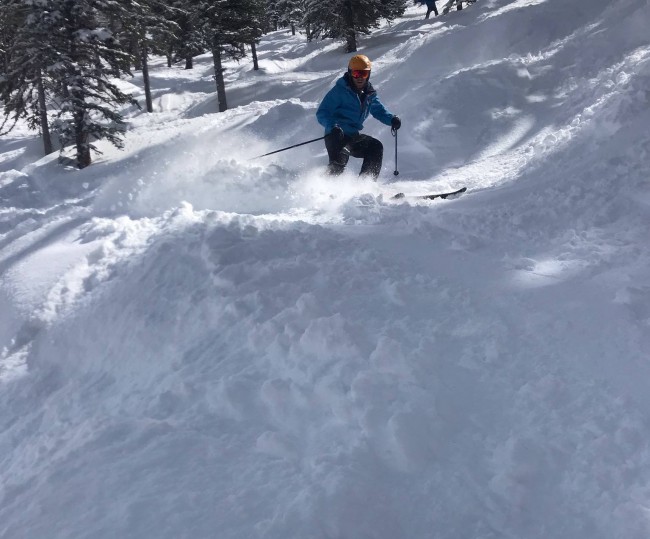 Plenty to plunder in Trigger - Apr 10

It’s still on gang – we’ve had plenty of fun in the sun, but there’s still play in the pow for your consideration!